Forget your 5 a day portions of fruit and veggies and discover why lucky number seven might just save your life.

Remember the Stevie Wonder song, Superstition? One of the biggest Motown hits, this 70s classic is guaranteed to get you grooving on the dance floor. 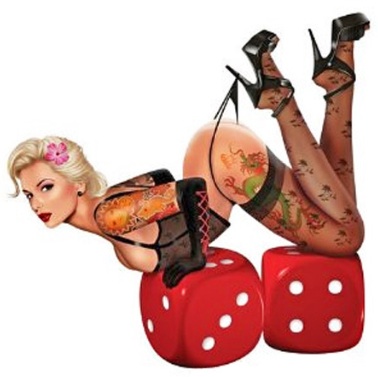 In the song, Stevie sings about falling ladders, broken mirrors and seven years of bad luck - which isn't any surprise, as numerous references to the number seven can be found littered through history beginning as far back as ancient times.

In religion, examples of the number seven are scattered everywhere. The Christian Bible has seven seals in Revelations; seven sacraments; seven stars ("He had in his right hand seven stars."); seven deadly sins; seven last plagues; and seven heavenly virtues. Then there is Hinduism which has seven major chakras. And in Japanese tradition, there are seven lucky gods - there is also a belief that seven ancient Buddhas existed.

The number seven even shows up with the Goths (they worshipped the seven deities), and the Scottish Masons paid homage to the number seven by including seven tassels on their aprons!

Even to gamblers, the number seven is lucky. Which is why it is no coincidence that the casinos were full to capacity on July 7, 2007.

So, whatever your views are on numbers, you can see the superstitious seven has been around for a long time.

But what does any of this have to do with your training?

Quite a lot, if recent scientific research is anything to go by. You see, it seems the number seven is more than just a superstitious number. It might actually save your life.

5 a Day Portions No Longer Enough

Until recently, we have been warned how important it is to get your 5 a day portions. Yet results from the University College London showed that 5 a day portions is a fallacy and "are no longer enough."

Here is what they found:

These worrying statistics prompted experts from the University of Liverpool to write: "Is it perhaps time to update the 'five-a-day' message to '10 a day'?"

Are You Getting Your 7 a Day?

And what about if you exercise? Suddenly a diet rich in vegetables, salads and fruits becomes critically important to you.

At the moment, NHS guidelines here in the UK recommend five 80g portions of fruit and veggies to help keep you fit and healthy. Yet if this recent study is to be believed, then seven or more helpings could prove to be a better and healthier option - especially if you lift weights.

Dr Oyinlola Oyebode would agree. He is the lead author of the report and said the dietary effect was "staggering" before adding: "The more fruit and vegetables you eat, the less likely you are to die at any age."

So, the next time your post-workout meal rolls around, you need to ask yourself: Are you getting your 7 a day?

If not, maybe it's time you surrendered to superstition. It just might save your life.