"Hardgainer Routine - The Land of the Genetic Giants and Super-Responders"

ARE you a genetic giant and super-responder? Mike Mentzer's hardgainer routine holds the key. 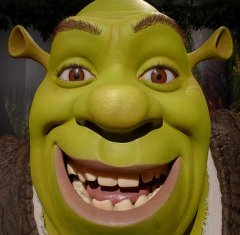 Are You a Hardgainer?

HEAVY DUTY author and bodybuilder Mike Mentzer would stress the crucial role of genetics for the hardgainer.

But how do you know if you are a hardgainer and non-responder regarding exercise?

We can answer this question by examining someone from the opposite end of the potential spectrum - the genetically gifted easy gainer and elite super-responder.

The Land of the Genetic Giants

For our example, we will turn to the 1950s and one of the strongest, most muscular men to ever walk the planet. Capable of dipping 434 pounds, "The Biceps from the Bronx" Marvin Eder is an elite easy gainer, and sits astride the summit of super-responders.

So what makes Marvin Eder genetically superior? The answer is quite simple. Eder would happily train everyday AND recover from his efforts: in short, Eder was in command of the most remarkable recuperative abilities coupled with a fantastically strong and heavily-muscled physique.

This combination saw Eder quickly develop his body to such a degree, that in his first year of bodybuilding competition he placed second in the AAU Mr. America Junior division, and won the North American and New York Junior titles. He would reach these lofty heights by literally working his muscles into the dirt with up to 7 hours of gut-wrenching training, then return the very next day to repeat his efforts. Because of such genetic talents, Eder never trained "light" and would often train several times per day.

In the spectrum of genetic potential, Eder was a giant.

Now how does this compare to the typical hardgainer?

So why do hardgainers fail to respond when compared to super-responders like Marvin Eder?

The exhaustive stresses of high intensity training are simply too much for someone with average or worse recuperative abilities, and can, in some cases, actually lead to a loss of size and strength.

But don't think this means hardgainers have no potential for growth. It just means to realize it, you must train appropriately.

In summary, the harder a gainer you are, the less room for error you have in your training.