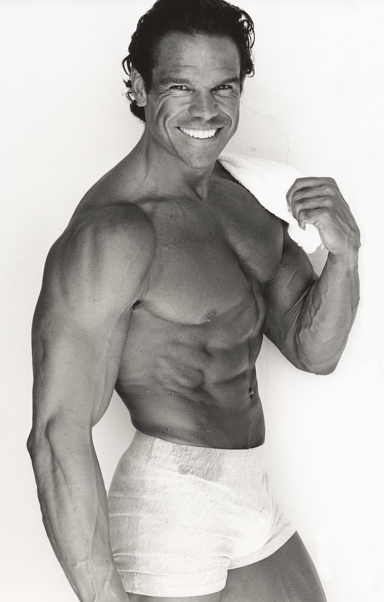 The year is 1995, and DVD optical storage media format has just been announced while "Toy Story" has become the first ever wholly computer-generated film.

Yet for champion bodybuilder Paul Burke there was another landmark event which happened that year.

Paul would be diagnosed with Multiple Sclerosis (MS).

For many, this would be a crippling body-blow, but Paul researched treating himself with a variety of methods including nutrition and a gradual build-up of exercise. With some hard work, he put the MS into remission.

But our story doesn't end there. A further body-blow would follow when Paul found himself in the best shape of his life. While lifting weights, he ruptured the spinal accessory nerve. In fact, the condition was so grave, that at least two doctors predicted he would die.

Losing the function of his entire right side of his body, Paul lived in excruciating pain. This situation continued for four agonising years - and what is worse, the MS came back.

The road to recovery began one year later. By this time, Paul needed a sling to hold up his arm and shoulder because of his damaged muscles, and would come to rely on a cocktail of painkillers to help him through his horrific nightmare.

Fast forward to today, and Paul fulfilled his ambition to become an actor. He also writes books and a monthly column in "Exercise for Men Only," answering fitness questions from people over 40 from all over the world.

Because Paul has MS, training is about more than simply looking good - his condition means it is imperative to maintain continual motor function.

Traditional bodybuilding marathon workouts are therefore out. Instead, Paul trains in a very specific manner and only performs four sets per body part. Following a warm-up, he rotates four exercises in a simple circuit.

Here Paul tells us what a typical workout might look like: "I will do low pulley rows as heavy and as many as I can (usually 250 lbs for 20 reps), then I do bench presses with 60-80 lb dumbbells for 20 reps or more, followed by preacher curls and then 20 reps of triceps pushdowns. I rest long enough to repeat the entire cycle."

How long does this routine take?

Paul says, "I am usually done in 30 minutes. I get more out of five total hours a week now than I did working out twice a day, six days a week when I was competing in the early 1980s."

This inspiring tale shows what is possible when you follow an abbreviated training routine. It also shows how courage can win out against the most challenging circumstances, and that adversities in life needn't define us.

You can read Paul's full story in his book below...

Burke's Law: A New Fitness Paradigm for the Mature Male