Discover how Matt Furey’s one movement workouts produced a crop of muscles on his body within six weeks and made him stronger than hell. 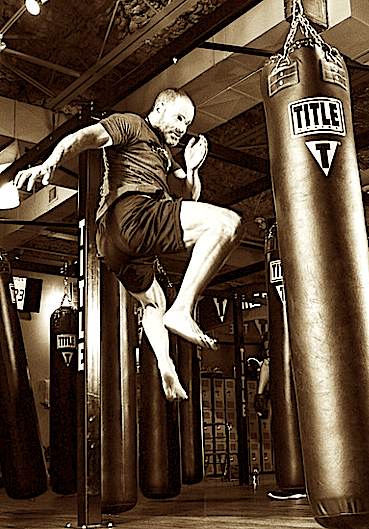 Training with One Movement

There were no commercial gyms in 13-year-old Matt Furey’s hometown of Carroll, Iowa. Just as there were no health spas or health clubs — hell, there wasn’t even a weights room at his high school gym! Yet these drawbacks didn’t halt the inexperienced teenager from hitting the iron.

Training in his parents’ basement, Furey’s home gym was a plastic barbell set from Sears with baseball legend Ted Williams’ name inscribed on each plate. He also had some steel plates.

The three weekly sessions he performed were brief and didn’t take longer than 20 minutes. And progression was super-simple, too: each workout, the youngster tried to add weight to his barbell and beat his previous best.

But here’s the thing… Furey only trained with ONE MOVEMENT, and he didn’t even know that exercise very well. The movement was his best imitation of the clean-and-jerk.

Writing in The Dinosaur Files some 21 years later, here is what Furey had to say:

“As a 13-year-old who didn’t even know the exact form for how to do the clean-and-jerk, that one movement still produced a crop of muscles on my body within six weeks and made me stronger than hell… My one-movement training program was giving me the explosive strength I needed…”

These days, Matt Furey is a martial arts world champ. He is also a shoot-from-the-hip authority when it comes to dishing up quality info on strength training and grappling.

Yet despite the titles and successes, Furey would be the first to tell you he laid his fitness foundation — and made his best muscular and strength gains — using one movement workouts.

Of course, one movement workouts are nothing new. In fact, they have a tried-and-trusted pedigree going way back.

A generation before Matt Furey grappled his way to greatness, Texas well-digger William Boone employed this same powerhouse protocol to get insanely strong.

It's a tough task digging holes down through layers of soil, limestone, sandstone and shale to reach the gravel and sand that catch and store water deep underground. Yet that was strongman William Boone's back-breaking job in rural Louisiana in the 1940s. Toiling under a scorching Texas sun, he would routinely work 14 hour days, then return home to train.

Boone's strength system was therefore borne out of necessity. Since time was a luxury, every second counted when he came to weight train.

Following an ultra-abbreviated workout, he hit the pig iron twice a week with a stripped-back workout that consisted of just one exercise. Over time, this well-digger worked up to gargantuan weights in his chosen exercise. When he reached this point, he would switch to a fresh exercise and once more resume training on this single movement exclusively until he had neared world-record poundages.

We write about one movement workouts in our book Wolverine Strength Secrets and one thing continues to shine brightly: it doesn't matter if you're a desk jockey, a martial arts champ like Matt Furey, or dig holes in the sweltering Texas sun, minimalist training is just as effective today.