How Much Muscle Can You Gain? 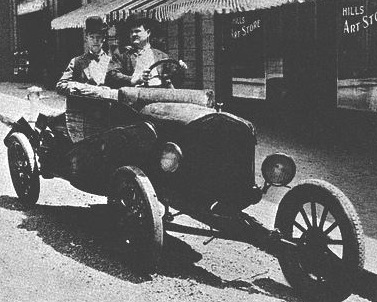 How much muscle can you gain? The size of your "engine" says if you're a high-performance sports car or a Model-T clunker.

What do I mean by that? Simply, no amount of exercise can bridge the gap between the genetics of a superior trainee to that of an inferior one.

In short, your genes govern your gains.

So am I saying genetics are the sole factor that will determine your success? Perhaps the following true story will help illustrate the genius of genes...

Writing in Triphasic Training, Cal Dietz tells how he coached two young hockey players with almost identical backgrounds. The boys grew up playing hockey together in northern Minnesota, and following similar paths, they won All-State selections and scholarships to play for the University of Minnesota Golden Gophers.

Standing six-feet tall and weighing 175 pounds, the boys appeared virtually identical. During their four-year careers, they also underwent the same strength and conditioning routines, ate the same meals at the training table, and gave 100% to their time on the ice. Yet despite such efforts, only one of the athletes would eventually go on to play in the NHL, while the other struggled to become an average third line player. Why?

The answer is genetics.

The Size of Your Engine

To resume our car analogy, Cal Dietz goes onto explain how when both boys first rolled off the assembly line, they did so with one significant difference: the boys had different sized "engines". These engines (or genetic potential), meant the hockey player with the V-10 turbo would always beat the boy with the V-8. In the final analysis, genetic potential governed what lay beneath the hood.

So to return to our earlier question: how much muscle can you gain? The main thing you must understand is that you can never transform a Model-T clunker into a high-performance sports car. Such a thing is impossible, because every trainee has ceiling potential defined by their genetics.

But, wait. That isn't the whole of the story. At the same time, no-one is confined to a certain level of performance, either. Every trainee can improve.

And here is the take-home message. Since most trainees arrive at abbreviated training through necessity, it is important to realize we can ALL build our strength, fitness and muscles, despite the size of our engines.

Join in and write your own page! It's easy to do. How? Simply click here to return to Comments.