"When is the Best Time of Day to Train? It's Five O' Clock Somewhere" 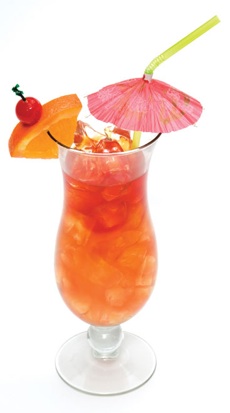 When is the best time of day to train?

Discover why five o'clock is more than a first-rate drinking time and opportunity to kick back.

"Pour me somethin' tall an' strong,
Make it a 'Hurricane' before I go insane.
It's only half-past twelve but I don't care.
It's five o'clock somewhere."

For those that don't know, "It's Five O' Clock Somewhere" is a country song by Alan Jackson and Jimmy Buffett. The track topped the Billboard Hot Country Songs charts for 8 weeks in the summer of 2003, and such was the tune's popularity, it became the Number 3 country song of the decade.

Written by Jim "Moose" Brown and Don Rollins, the song was first turned down by Kenny Chesney. When it was later offered to Jackson, he snapped it up saying he was looking for something he could record as a duet with gulf and western artist Buffett.

The song tells a familiar story. Bored of the daily 9-5 grind, Jackson and Buffett sing of escaping the stress and strife by drowning it in booze.

Sounds like a plan. But what does this song have to do with your training?

Five o'clock is more than a first-rate drinking time and opportunity to kick back. It also forms the cornerstone to some exciting groundbreaking research with vital clues to the best time of day to train.

John Kiefer is a training and nutrition consultant with two B.A.s and a Master's of Science to his name. He currently mentors world-record powerlifters, internationally ranked fitness competitors and recreational athletes who "want super-human results without the super-human torture."

He is also the author of Carb Back-Loading and, through his studies, struck on a system to manage and harness the power of carbohydrates. He would also discover the perfect time to perform your training.

Can you guess when it is?

You see, a lot of amazing things begin to happen around the cocktail hour. For a start, the wonders of lifting weights makes it almost impossible to gain fat an hour or so after exercising (this makes dinner an optimum time to ingest much needed carbs for growth while avoiding fat gain). And secondly, you can lift more at this time of day due to certain favorable hormonal factors...

This is why Kiefer suggests: "Train in the afternoon, at around 5pm or so."

But what if you can't train at this time?

That's okay too. The optimal training window is big enough to adapt. All you have to do is aim to get your workout between 5pm and 6.30pm.

This means you can enjoy dinner, your favorite dessert and five o'clock "Hurricane" guilt-free.

Now check out Alan and Jimmy...﻿

Best Time of Day to Train to Home Page